The 2019 ACM Europe Summer School on “HPC Computer Architectures for AI and Dedicated Applications” took place in Barcelona 17 - 24 July 2019, and was hosted by the Barcelona Supercomputing Center (BSC-CNS) and the Universitat Politècnica de Catalunya (UPC-BarcelonaTECH). ACM's Special Interest Group on High Performance Computing (SIGHPC), devoted exclusively to the needs of students, faculty, researchers, and practitioners in high performance computing, was the primary sponsor of the school. Other industry sponsors supported the school.

The summer school addressed young computer science researchers and engineers, and it was open to outstanding MSc students and senior undergraduate students. Accepted participants spent a full week in Barcelona, attending formal lectures during the mornings and practical exercises in the afternoons. Prof. Mateo Valero, BSC Director and co-Chair of the summer school, welcomed the students with a keynote on the future of HPC. Prof. Silvio Micali, Turing Award laureate and MIT Professor, gave a Turing lecture on "ALGORAND. The distributed Ledger for the Borderless Economy". Dr. Ing. Gerhard Schimpf, former Chair of the ACM Council of Chapter Leaders, presented the ACM initiative "Being Human with Algorithms". ACM-WE organized a panel on "Interdisciplinary Research and Diversity: Challenges and Foundations of HPC Success", moderated by ACM-WE Chair, Prof. Natasa Milic-Frayling (Nottingham University, UK).

All attendees received a certificate, signed by the Chairpersons, for successfully completing the school. Five students were also given a certificate of honour, due to the high scores they obtained in the practical exercises: 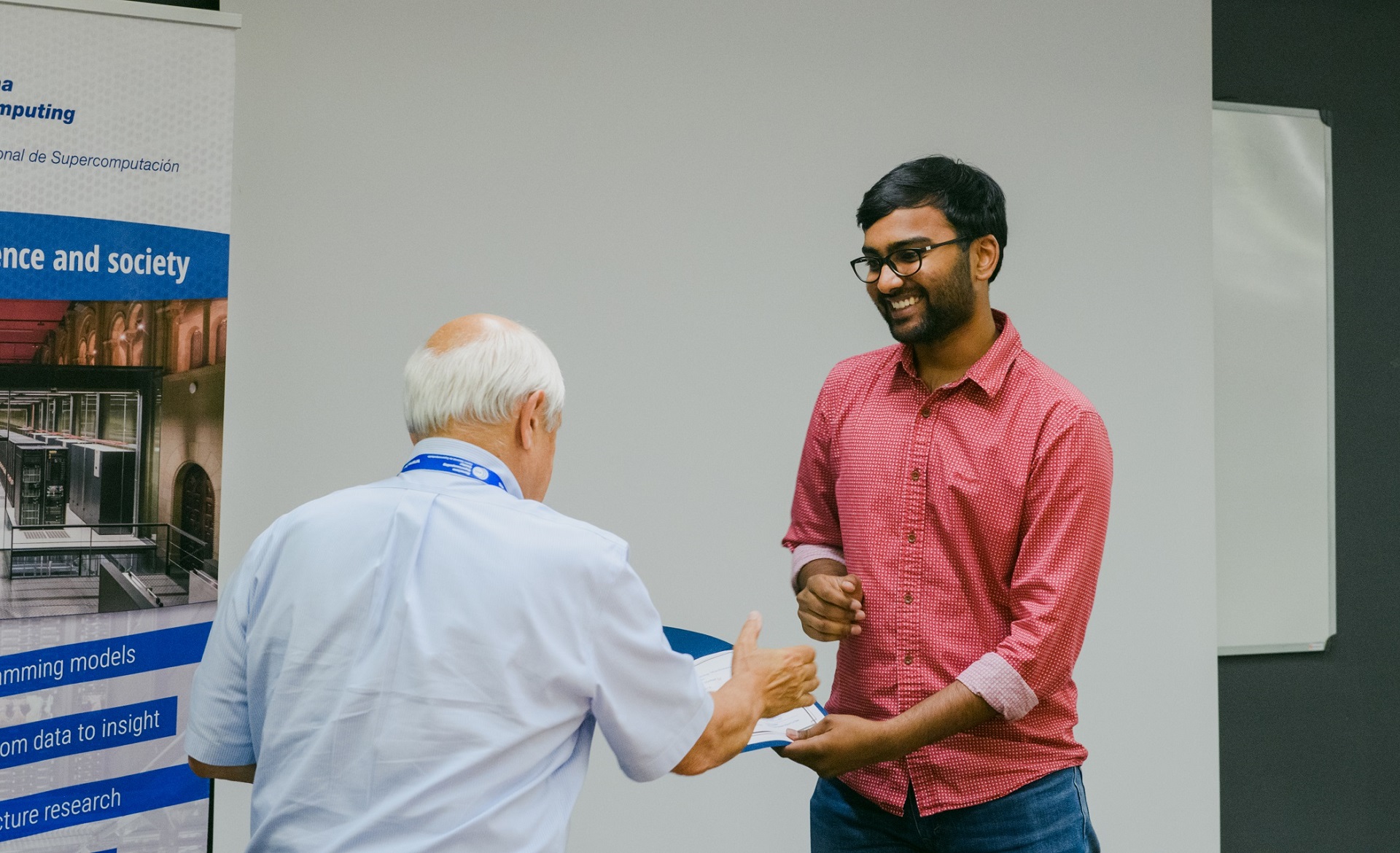 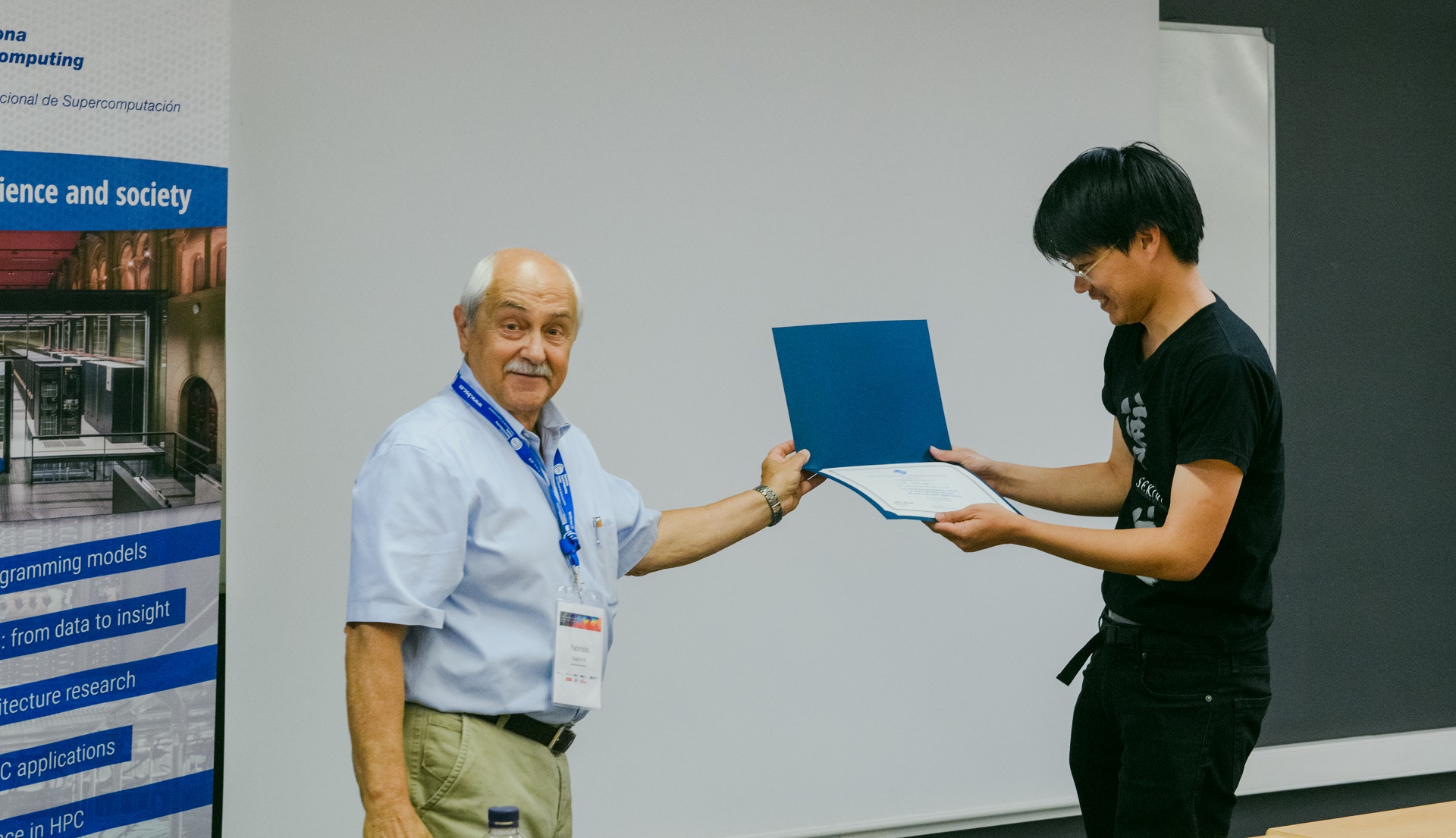 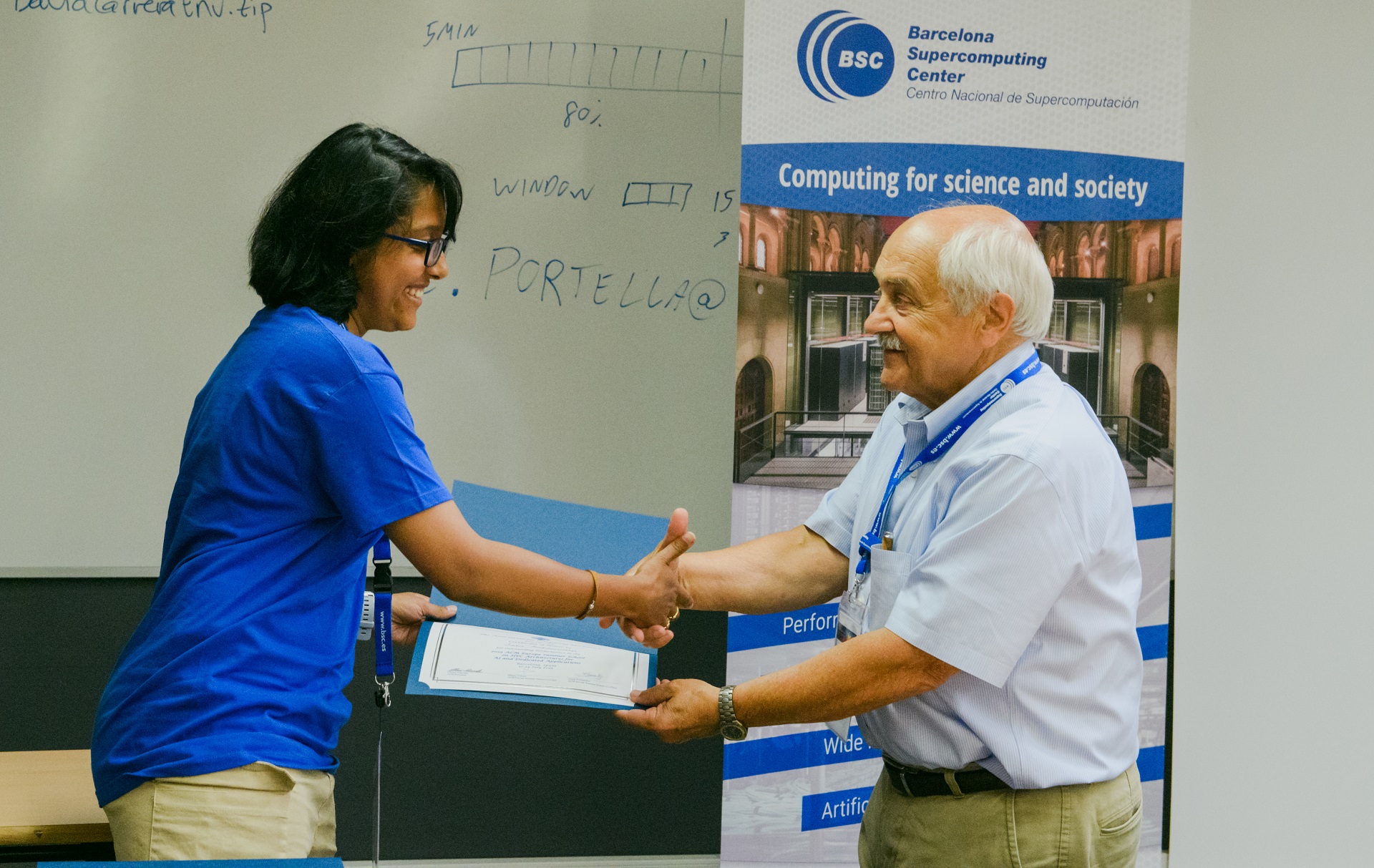 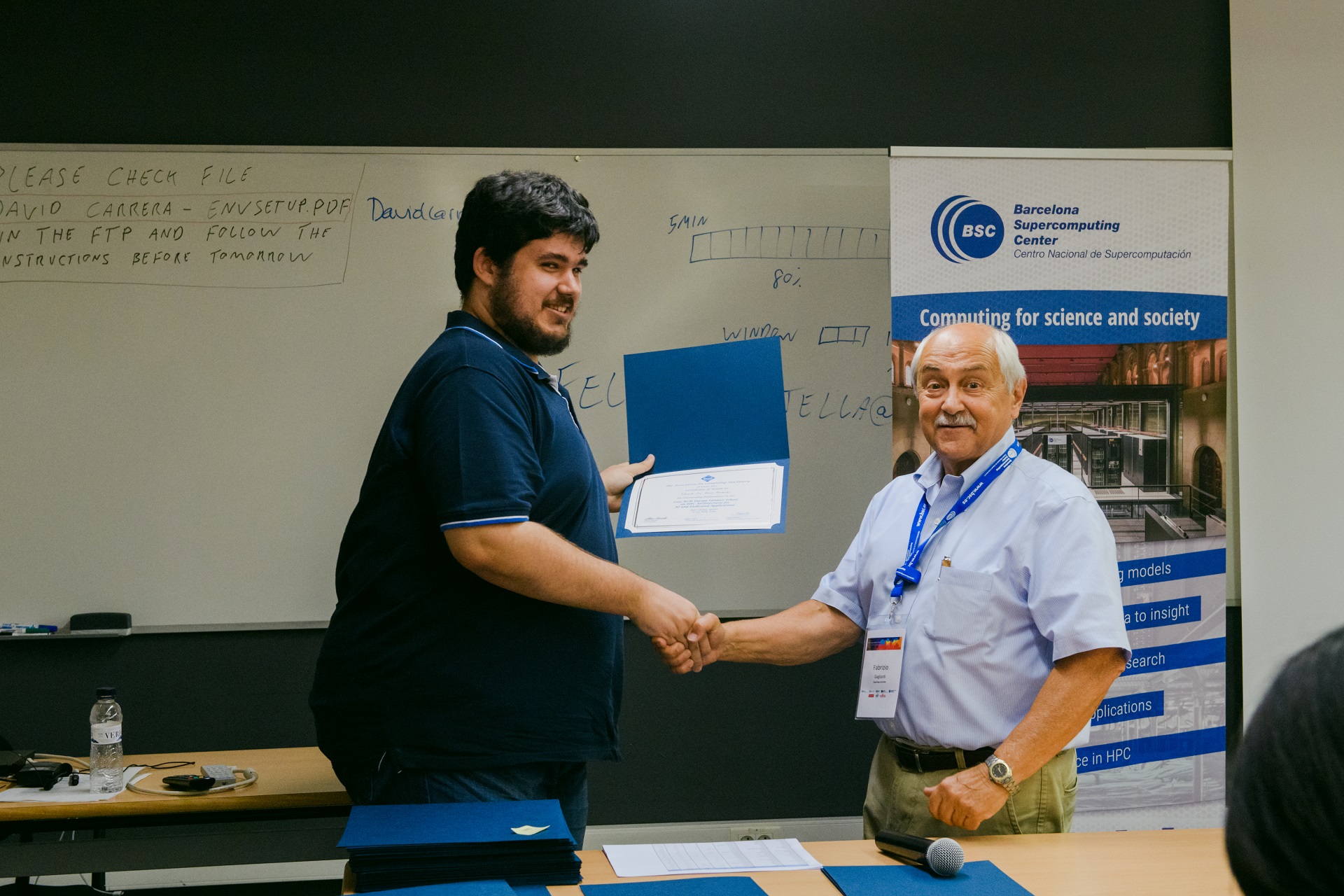 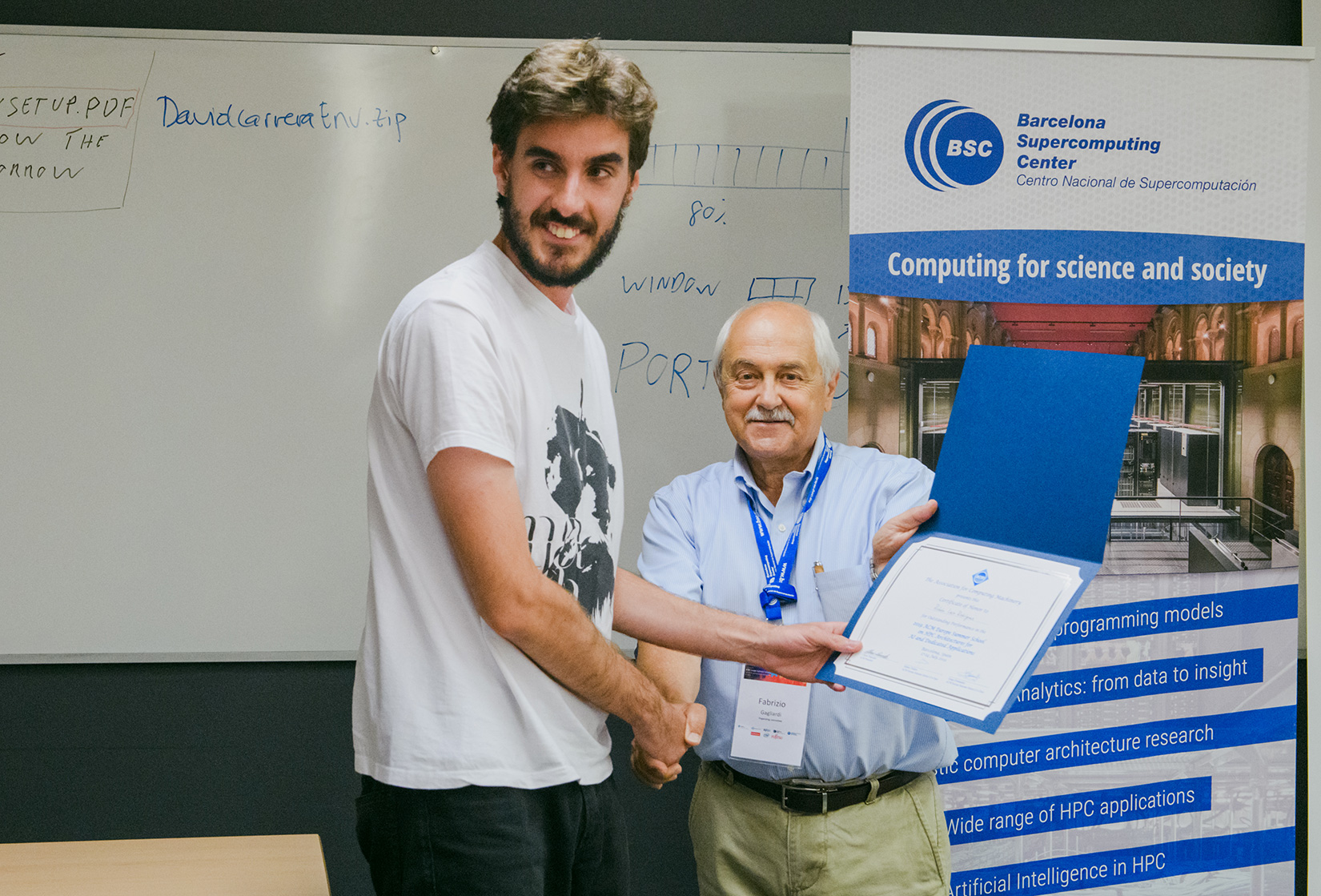 The evaluation of the summer school was very positive, both from the organizers and lecturers’ point of view and from the students’ perspective. The overall satisfaction with the organization of the school was scored with an average of 5 points over 6 and the lectures with 4,20.

“I am always pleased and honoured to host ACM major events in Barcelona. I hosted the ACM Europe conference in 2017 and this year the first ACM summer school in Barcelona, next year I will host again, after 25 years, the ACM SIGARCH International Conference on Supercomputing. The ACM summer school this year was a big success with excellent lecturers and highly qualified students. I remain available to host similar events in the future.” -Mateo Valero, BSC Director and Chair of the ACM Europe Summer School 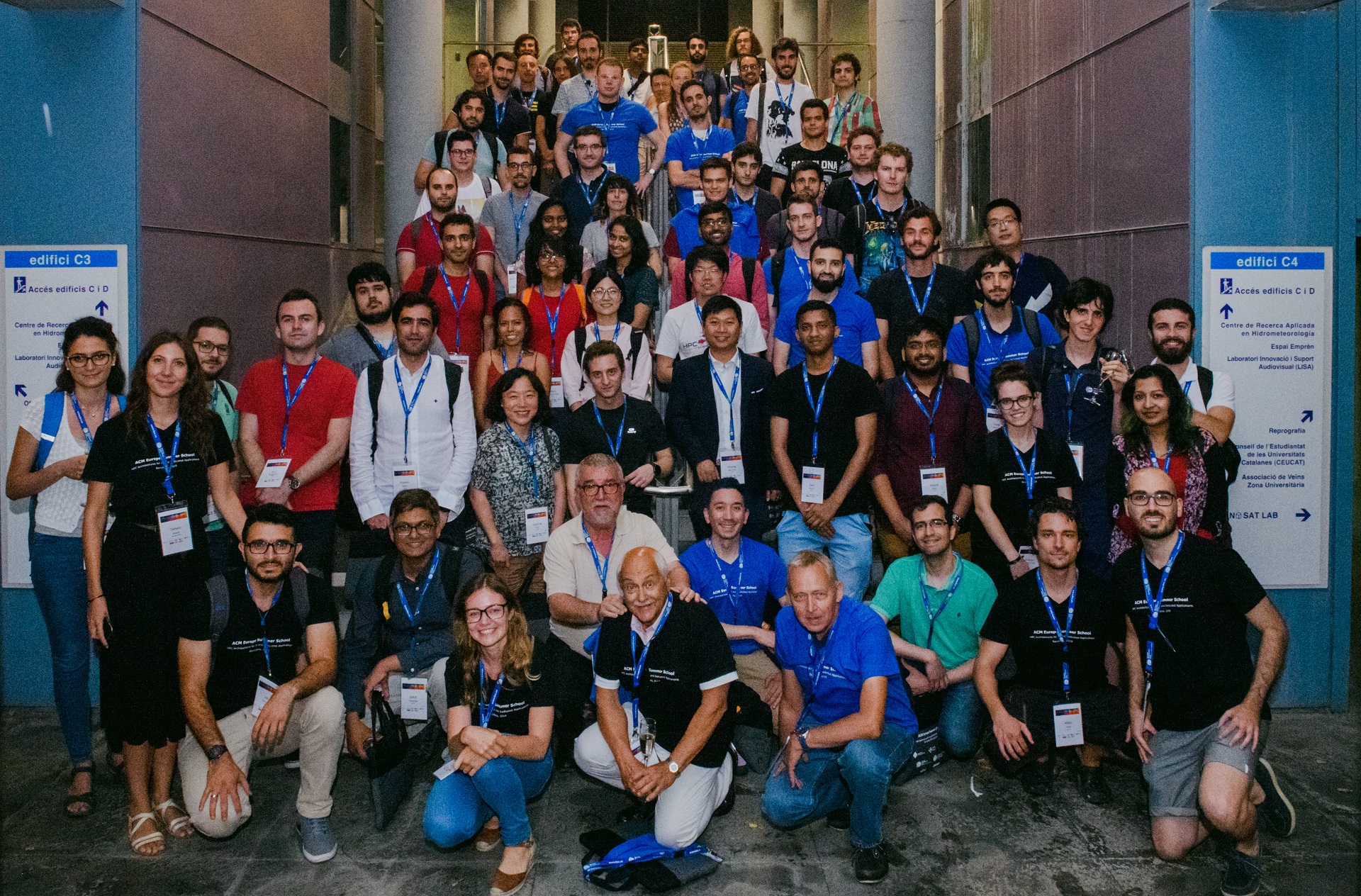