CONTENTS AT A GLANCE: 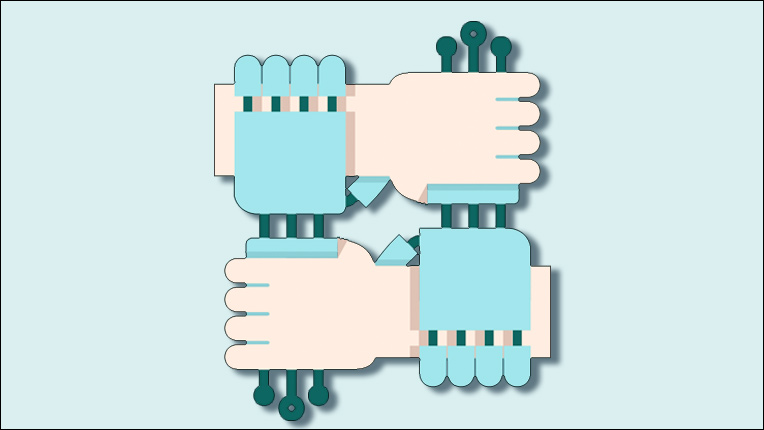 The ACM Europe Technology Policy Committee (Europe TPC) promotes dialogue and the exchange of ideas on technology and computing policy issues with the European Commission and other governmental bodies in Europe, and the informatics and computing communities. The Committee has made recent submissions on the EU's Green Deal and the EU's White Paper on Artificial Intelligence, and has issued a statement on essential principles and practices for COVID-19 contact tracing apps.

The ACM Europe TPC also engages with policy issues within individual European countries and is currently preparing a submission to the UK Parliament's consultation on a National Data Strategy. When appropriate, Europe TPC works on joint statements and submissions with ACM's USTPC, which concentrates on policy issues in the United States. It also works with other membership organizations in Europe on issues of common interest.

Europe TPC is currently recruiting members for its four working groups which focus on the following areas:

The working groups lead on various outputs within their areas of expertise; these range from responses to consultations and short briefing papers to extensive white papers. Members are expected to assist in the preparation and dissemination of such outputs. We welcome expressions of interest from all European members, whether they be practitioners or academics, whether they are early career or established. Please send expressions of interest to Europe TPC Chair Chris Hankin, Professor of Computing at Imperial College London. All applications will be reviewed by the Europe TPC Executive and the appropriate working group lead.

Update on Informatics for All 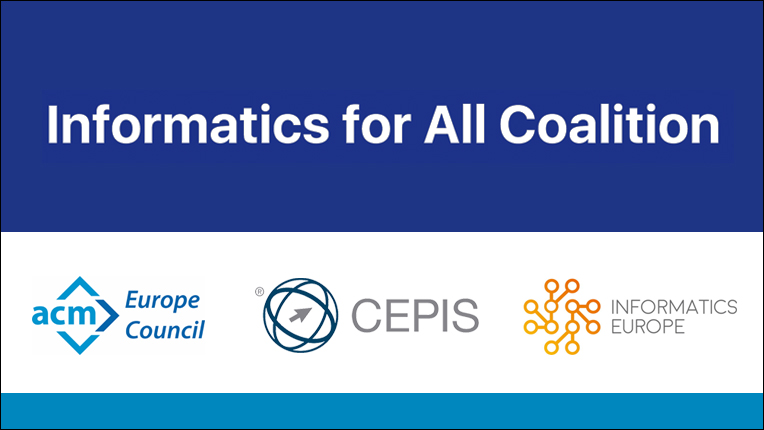 Informatics for All is a coalition that aims at getting academia, industry, government and society together to influence education policy in Europe towards the full recognition and establishment of Informatics as a foundational discipline that should be taught to all students and as something that should be integrated into other disciplines. It supports equality for all, social mobility, education at all levels, the development of the economy of Europe, and issues around the future of work.

A workshop was planned to take place in Brussels in March 2020 to build on the success of the first Informatics for All Workshop that took place in Brussels in February 2019. Due to Covid-19 outbreak, this was revamped to take the form of a webinar. At this event, Informatics for All presented its work and discussed with representatives of the European Commission about their new plans regarding the promotion of Informatics education in Europe at school level. As an outcome, education in Informatics is expected to feature in the revised EU Digital Education Action Plan. More information, as well as a video recording of the entire webinar is available here.

A virtual meeting on updating the EU Digital Education Action Plan (DEAP) took place in Brussels on 30 March, and a further public consultation took place on 9 September. There is still support for Informatics education, and feedback suggests considerable attention being given now to technology-supported learning due to the Covid-19 situation. Further liaison took place at the Informatics Europe Computer Science Summit (ECSS) on 26-28 October. Meanwhile Informatics for All (led by CEPIS) will work on an Informatics Framework document.

The Innovation and Technology in Computer Science Education (ITICSE) conference took place virtually in June. It was supported by ACM Europe and Informatics for All, via the Best Paper award. See related story on recent Best Paper awards in this issue.

Preliminary work is underway to scope the new PISA Science Assessment Framework. It is not clear whether computer science will be part of another science in the PISA framework or a discipline on its own. Informatics for All is represented on the PISA group, and an initial Strategic Vision Report reflected thinking and identified Informatics as one of three possible novel areas; a final decision is forthcoming.

As a future project, Informatics for All will be focusing on the framework that will help to identify curriculum. 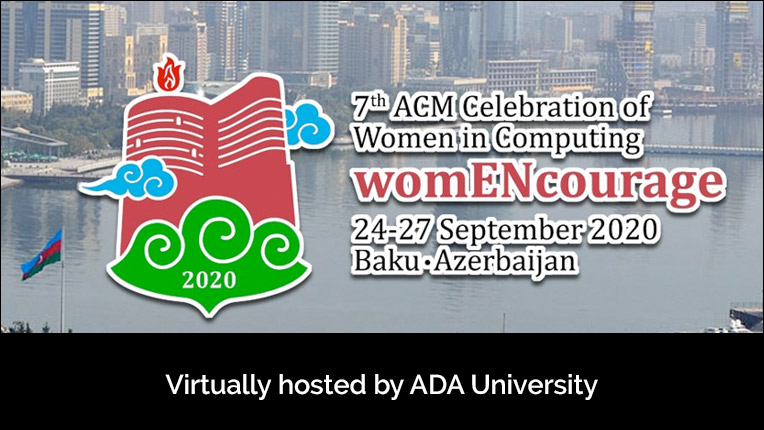 ACM-W Europe works to foster the education and careers of European women in computing, to promote their professional development and participation in the field, and to recognize the contributions of women to computing. ACM-WE works to fulfil the broader ACM-W mission to support, celebrate and advocate internationally the engagement of women in the computing field.

ACM-WE's approach has been to promote professional growth through improving awareness of opportunities, developing skills beyond the core competencies of computing, and encouraging initiatives.

Started in 2014, the European ACM Celebration of Women in Computing (WomENcourage) targets women who have chosen the field of computing, including students, researchers, and practitioners, and effectively connects women entering the field with those in professional roles.

WomENcourage 2020 was held 24-27 September. More than 200 registrants from 40 countries and five continents participated in this first-ever virtual womENcourage celebration, which was hosted by ADA University in Baku, Azerbaijan, and chaired by Araz Yusubov, Dean of the School of IT and Engineering.

Plans for both in-person and virtual formats are underway for WomENcourage 2021 in Prague, Czech Republic, chaired by Ondrej Cejka. WomENcourage 2021 will encourage bridging communities. Since computing touches the lives of so many people now more than ever before, the 2021 conference will explore the many aspects of computing and how they impact our lives.

ACM-WE has launched a Wikipedia campaign to create a database of women in computing in Europe and regularly draft articles for Wikipedia. The effort began in March to celebrate International Women's Day. Members of the ACM-WE Communications Team started contributing to English Wikipedia articles about European women in computing. The goal is to add entries about technical women from as many European countries as possible. Join the Communications Team in this effort by creating new Wikipedia entries or helping to edit existing articles. To get involved, contact acm_w_europe_outreach@acm.org.

ACM OPEN: Why All Institutions Should Join 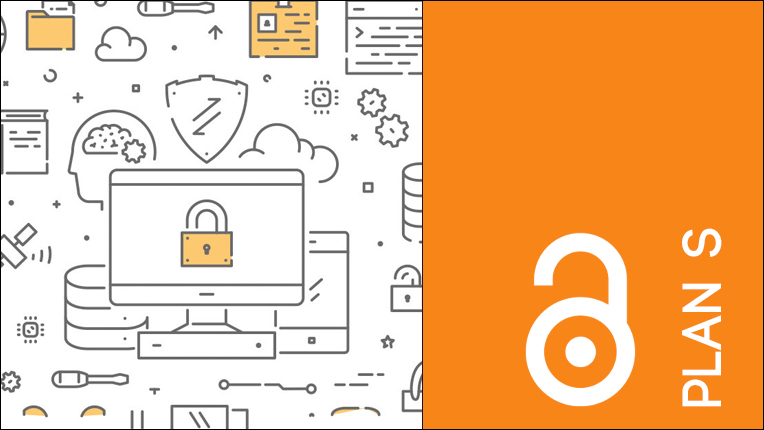 Open access is widely supported across Europe, as evidenced by the growing number of major national, charitable, and international funders and research organizations that have signed on to Plan S. While this is a great initiative for the expansion of access to research outputs and scholarly communications, navigating the long list of rules, requirements, and increasingly diverse open access funding models can be confusing for authors.

For scientists submitting to and publishing with ACM, there are several new developments and open access options that will make it easier to comply with a growing number of funder mandates in Europe.

ACM has taken a major step forward and publicly affirmed its commitment to open access by establishing a five-year target for the full and sustainable transition of the ACM Digital Library to universal open access by the end of 2025. This transition is important because it makes ACM an eligible “transformative agreement” publisher in compliance with Plan S.

In January 2020, ACM officially launched ACM OPEN, an institutional funding model to support universal open access where individual authors do not pay article processing charges (APCs). Instead, institutions or consortia subscribe to a read and publish agreement, where authors from these institutions can read the ACM Digital Library and publish their work as gold open access.

As more institutions join ACM OPEN, a greater proportion of the ACM Digital Library will become gold open access. Once a sustainable balance of participation is achieved, the ACM DL can “flip” to universal open access for all authors and readers. Based on ACM’s currently available publication and financial data, this critical mass is somewhere between 70-80% of all research and review articles published by ACM annually.

You can find answers to commonly asked questions on the ACM OPEN FAQ. 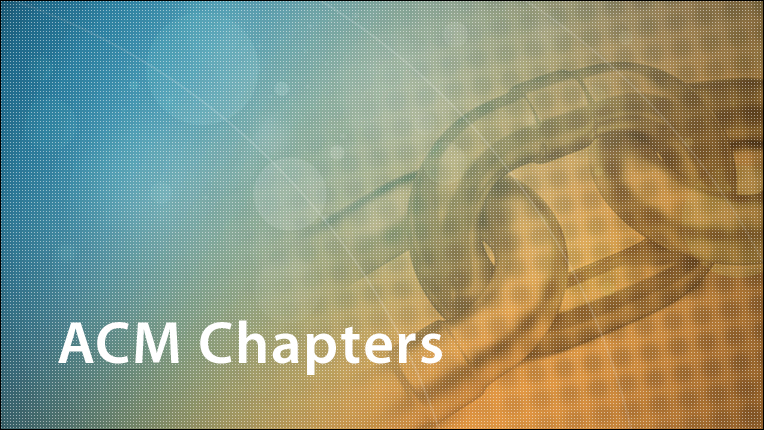 Chapters are the "local neighborhoods" of ACM. The regional ACM Professional, Student, ACM-W, and Special Interest Group (SIG) chapters around the globe involve members locally in competitions, seminars, lectures, workshops, and networking opportunities. ACM welcomes the following new chapters in Europe that were chartered this year:

To make European research more visible and give credit to outstanding research achievements, the ACM Europe Council and Informatics for All support the Best Paper Awards at conferences in Europe. The Best Paper Awards recognize authors of excellent technical contributions to ACM conferences taking place in Europe. The award acknowledges groundbreaking research in each conference's respective field for its importance and contribution to the area, to highlight theoretical and practical innovations that are likely to shape the future of computing both in Europe and worldwide. Papers receiving awards presented at conferences taking place in 2019 and 2020 include: 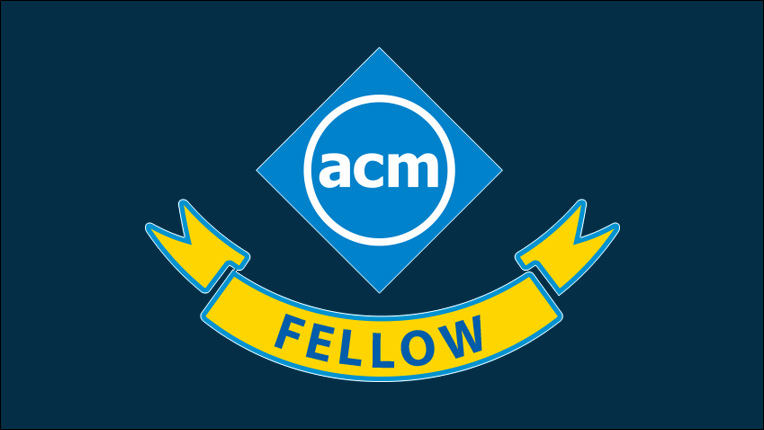 To ensure that more European researchers receive the recognition they deserve for their professional achievements, the ACM Europe Council has set up the ACM European Fellows Working Group. The Working Group aims at increasing the number of ACM European members who are elevated to the ACM Fellow and Distinguished Member grades.

The Working Group maintains updated lists of potential candidate/nominator pairs, establishes contact with proposed nominators of approved candidates in a timely manner, and oversees the nomination process in case there is a need for help by the Working Group.

The Working Group has been successful in submitting several ACM Fellows nominations for this cycle and has already begun to discuss nominations for next year. Complementary to these efforts, researchers are encouraged to promote the nomination of peers. Visit ACM Advanced Grades of Membership for full details on nominating your peers for Fellow and Distinguished Member distinctions. Further information on nominations for ACM's prestigious awards can be found here.